In the philosophy of “Proper Lighting” of LAMP 83, it is not enough that the light is correct in terms of technique, consumption or efficiency; it is also very important that the illumination does not harm the eye health and increase the visual comfort at the same time.

Visual comfort and human health factors are of even greater importance, especially in places like offices, educational and health institutions, public buildings where people spend too much time. To avoid temporary or permanent discomfort such as eye redness, headache, eye rash or burning, lack of concentration etc., which may be caused by a poor illumination; attention should be paid to issues like the choice of the right luminaire and also the correct placement of the products according to the lighting project. 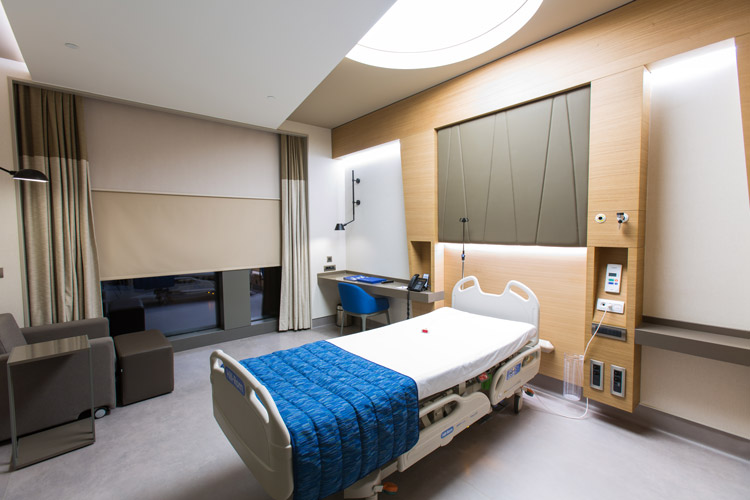 There are three main factors that can harm human health or negatively affect eye comfort in terms of lighting; glare effect (UGR), flicker in the light (Flicker) and photobiological damage that LED chips can create.

LAMP 83 offers products and lighting solutions that will not adversely affect human health, giving maximum importance to these three issues within the scope of the needs of space and project.

In the lighting technique, visual conditions that occur due to over-contrast or improper distribution of light sources, which disturbs the observer or limits the ability to distinguish the differences between objects and details, is called as glare effect.

The International Lighting Commission (CIE) has created an index under the name of UGR (Unified Glare Rating) to place the unwanted glare effect into a mathematical model. 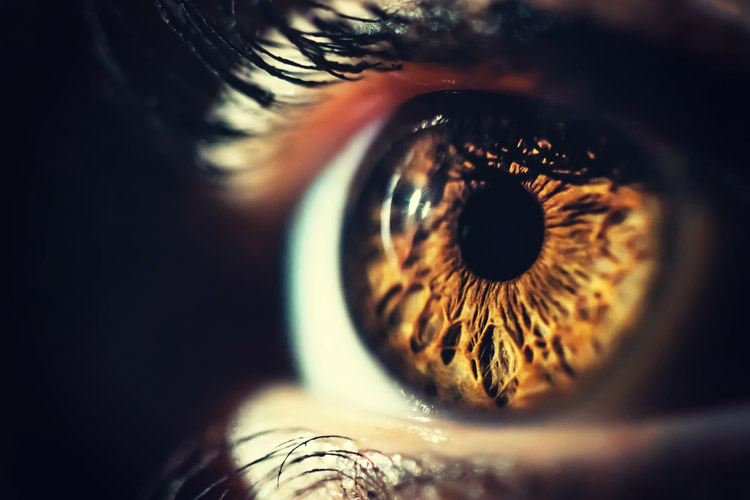 Within this index, the maximum UGR values that will not adversely effect human health, according to spaces, are as follows

Depending on factors such as, the lighting device’s reflector angle or design is not being suitable; usage of incorrect powered or type of LED light source; usage of a number of products that do not conform to the geometry of the illuminated space; the incorrect use of the shielding technique or the lack of a lens that prevents glare; the UGR index in a room could be worse than the ideal level. This causes visual comfort and human health to be directly and negatively affected.

When especially designing the illumination of places such as offices, educational institutions, health institutions, public buildings; LAMP 83 provides UGR index within the ideal range according to European Union’s standards, thanks to correct project application or the selection of products with low glare (UGR ≤ 19).

A danger that your eyes do not notice, but your brain does: Flicker

We can define as flicker, sudden and rapid changes or fluctuations in the amount of light depending on time. The flicker between 3 and 70 Hz (the number of fluctuations in a second) in light sources are noticed by the human eye. However, when flicker rate in the light goes up to the range of 70 to 120 Hz, such frequent flicker is perceived by the brain even though it is not perceived by the eye. So, flicker within this range could cause headache and unrecognized visual disturbances and even in some cases it could stimulate epileptic crises.

LED light sources are not normally a flicker generating structure; the fluctuations in the LED light are related to the power supply (LED driver) in which the LED is driven entirely. The ripple occurring at the output current while the LED drivers convert the supply voltage of the product from alternative current (AC) to direct current (DC), causes the undesired ‘flicker’ effect. The amount the LED drivers causes the light to flicker is measured by the ripple ratio. A fluctuation (ripple) of more than 30% may cause having the above mentioned health problems very obviously.

LAMP 83 always uses LED drivers with low ripple (Ripple <20%) in all product ranges to prevent such health problems that are hardly noticed.

LED ışık kaynaklarının göz sağlığı açısından en büyük risk faktörlerinden birisi de, fotobiyolojik etkidir. Tüm ışık kaynakları gibi, LED çipleri de insan bedenine ve özellikle göze zararlı olaOne of the biggest risk factors for the eye health of LED light sources is the photobiological effect. Like all light sources, LED chips have the potential to emit radiation, in the ultraviolet or infrared areas, which can be harmful to the human body and especially to the eye. Therefore, the emissions of these regions and the wavelength of the LED light should be measured and kept under control.

According to EN 62471, this particular European Union standard, components emitting radiation between 200 nm and 3000 nm in wavelength should be subjected to tests in accordance with this standard. The wavelength of the visible light produced by LED light sources is between 400 and 800 nm. Therefore, LED chips used in lighting devices must be certified according to standards, and in particular that they do not cause photobiological damage to the eye and skin layer.

In all its luminaires, LAMP 83 uses only LED chips certified by tests and certifications to prove that they are not photobiologically harmful to human health according to EN 62471.

In addition to being efficient and technically correct, for your visual comfort and for such lighting that keeps human health as priority, LAMP 83 is at your service with all its knowledge and expertise.