DIALux plugin of LAMP 83 is released

Achieving to be one of the leading companies in the sector with the agreement of “Premium Partner” that was concluded with DIALux one of the leading illuminating software of the world in 2014 Frankfurt Light + Building fair; LAMP 83 took a very significant step in terms of providing ability for the use of its products by the professionals in the sector in digital media by releasing its own DIAlux plugin software into use.

The software of DIALux and DIALuxevo, which is developed by Dial being a leading software firm in the issue of illuminating for more than 25 years and is served to the users for free of charge and also has the option for Turkish language, gives an opportunity for stimulation in 3D of the luminaries’ real efficiency and performances thanks to special plugin software created by the producers being the member of the program.

Evo version of DIAlux, used by the biggest lighting companies of the Globe and Europe in their studies, is being supplied for 600.000 professional users from 189 countries in total. In Turkey, it is estimated that approximately 8.000 professional works with DIAlux. LAMP83 has been the 183rd international lighting company, beginning to work with DIAlux. There are only 63 such companies working with DIAlux as ‘Premium Partner’. Thanks to this agreement, products of LAMP 83 partake in web site named Lumsearch.com , with the luminary library of DIALux evo program.

Simultaneous access is provided for all technical data; catalogue information, reference photographs, light curves and 3D drawings in capable of moving and rotating in 360 degrees which are partaking in the software developed and put in release by LAMP 83 with Dial.

Additionally, it is provided to use the products in calculations and animations in virtual platform by sending the products of LAMP 83 to programs of DIALux and DIALux evo. Thus, the professionals of illuminating sector of the world have the chance to see and experience all of the products of LAMP83 in electronic environment as if they took a sample and applied for the area being worked on.

On the other hand, LAMP 83 project team also aims to keep customer satisfaction at the maximum level with the projects prepared with DIALux evo. Thanks to the perfection of three-dimensional visualization and calculation, LAMP 83 will continue to be indispensable for professionals, who prefer its products.

Our company giving confidence to our customers and project team with 51 years of history, livingly continues to follow the new generation of the technological developments. It is of great importance for us that the technical specifications of the products in the application library we created with this new agreement are always kept updated; because we want that other project teams using DIALux get the best results from our products within their projects. Therefore, we will regularly process all updates and innovations in our products to this software. Thanks to the software and DIALux agreement that we put into use, we will not only take an important step for our growth objectives, but also will offer LAMP 83 products to professionals in the countries, in which we have not reached yet. I think that this prestigious agreement will be useful and efficient for our company, brand and customers.” 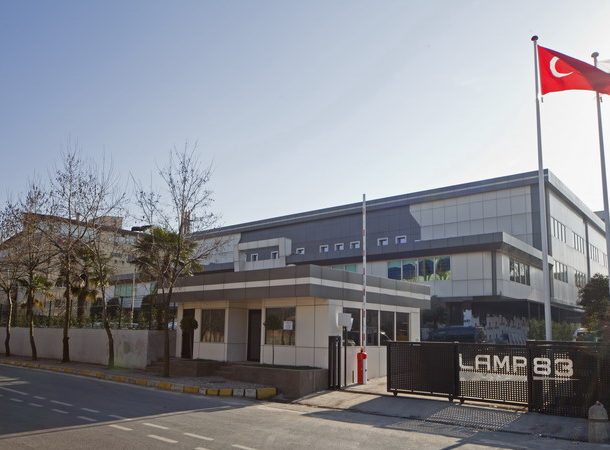 LAMP 83 continues to expand in its new facility
Previous Article